Skip to content
HOME / NEWS / Which US state has the highest risk of a natural disaster?

Which US state has the highest risk of a natural disaster? 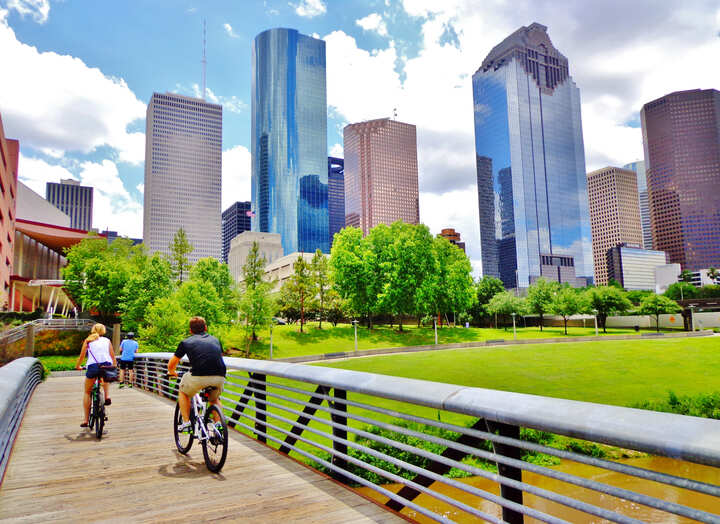 2022 is on track to record the most federally declared natural disasters. The 2022 ranking was already at number two by the end of April. Peak hurricane season and wildfire season are still to come. Be sure to read this post, so that you can ensure safe travels before applying for an ESTA Visa Ireland.

Texas’ long Gulf Coast coastline puts it at the highest risk for a natural disaster. The state suffered $63.4 billion in damage in 2017, primarily from Hurricane Harvey.

The Lone Star state has suffered an average of $14.1 billion annually in disaster damage over the past five years. This amounts to an average cost of $1,476 for every household each year. Texas had 321 deaths from weather-related catastrophes during the five years.

Louisiana is located near the Gulf of Mexico, making it vulnerable to severe storms and hurricanes. On average, disaster damage cost $1,078 per household annually between 2014 and 2018. Baton Rouge and New Orleans, two of the largest cities in the state, are located along the Mississippi River Delta. They are, therefore, common flood targets.

Florida is the state with the longest coastline in the continental United States. It’s, therefore, no surprise that it is most susceptible to severe storms. Over the past five years, the average cost of disasters for each household has been $451 annually. With $9.9 billion of damage in Florida, Hurricane Michael was a particularly costly year for Florida.

Californians suffer $4.14 billion annually in property damage, equivalent to $319 per household. California has the highest frequency of significant disasters, excluding hurricanes and rainstorms. California’s wildfires caused the most significant damage, especially in 2018, when the Camp- and Woolsey fires were set.

California also has the highest number of FEMA-declared catastrophes: 16.4 per year on average between 2014-2018

On average, Colorado residents suffer $220 annually in property damage, $464 million. 2017 was Colorado’s most expensive year, mainly due to the state’s largest hailstorm. The evening commute to West Denver was May 8th when a hail of the size of a baseball struck the area, causing $2.3 Billion in automobile and home damage.

Hail damage insurance is not required by every homeowner and car owner. However, most homeowners’ policies cover hail damage and comprehensive coverage for most cars.

Tar Heel State’s Atlantic coast is ravaged by an average of 2 hurricanes and three tropical storms per year. This has resulted in $600million of damage across the state each year. Hurricane Florence caused $2 billion in damage in 2018. Due to significant disasters, North Carolina also sees about 96 deaths yearly.

Unlike most other states on this list, Michigan is not located near an ocean. It is also not a Southern state. It still suffers an average of $586million in disaster damage yearly due to storms, flooding, and tornadoes. Storms particularly hit Michigan in 2014, which caused $1.9 billion worth of property damage and 16 deaths.

Although New Mexico is not subject to the same coastal storms as Texas, it still experiences smaller but more costly natural disasters such as floods and wildfires. This includes the Ghost Ranch Flood in 2015. New Mexico residents suffer an average of $119 per year in property damage, which amounts to $93 million across the state.

Nebraska is located near Tornado Alley’s centre and suffers an average of $87 million annually in property damage — $115 per household. According to the National Weather Service, Nebraska is visited by 53 tornadoes each year. These natural disasters can cause severe hail, wind and rain damage.

Georgia’s location along the Atlantic coast and near Florida has meant that it has suffered relatively low per-household damage over the past five years. A Georgia household can expect to pay $112 annually for disaster damage. This was an expensive year for Georgia, as Tropical Storm Irma caused $1.5 billion in damage.

How to protect your property against natural disasters

Although it is impossible to predict when a natural catastrophe will strike, it is often possible to take steps to prevent it from happening.

A good homeowners insurance policy is the best protection, regardless of the disaster you face. Every two years, homeowners should review their coverage.

Double-check your property and dwelling coverage. If you are unable to afford replacement-cost coverage, consider it.

Next, ensure adequate insurance and check if your home may be at risk from major disasters. Although you probably know whether your home is susceptible to flooding, storms, wind, earthquakes or coastal storms, it’s worth checking. Regular insurance does not typically cover flooding, earthquakes, volcanoes, wind, and other disasters. It all depends on where you live.

Flooding is a critical topic to think about. Flood maps are constantly updated, and your home could be in greater danger than when you purchased it. Flood insurance may be required if you live in a Special Flood Hazard Area.

Legal disclaimer: This website is owned by a private company and is not affiliated with any Embassy or the United States government.

We use cookies on our website to give you the most relevant experience by remembering your preferences and repeat visits. By clicking “Accept All”, you consent to the use of ALL the cookies. However, you may visit "Cookie Settings" to provide a controlled consent.
More infoAccept All
Manage consent

We use cookies on our website to give you the most relevant experience by remembering your preferences and repeat visits. By clicking “Accept All”, you consent to the use of ALL the cookies. However, you may visit “More info” to provide a controlled consent.

We advise users to examine this policy on a frequent basis because it may be updated as a result of new regulations or business reasons.

Why do we utilize cookies, and what are they?

“Cookies” are file formats that are used for a variety of reasons, including adjusting the Website’s layout to your device, gathering statistical data, enhancing your user experience, and so on.

You consent to the establishment of cookies by entering and exploring this Website and purchasing the services offered.

Please be aware that if you modify your browser’s settings by deactivating the limits imposed on the storage of cookies, we will infer you give us your permission.

Furthermore, your consent will not be necessary if the placement of cookies is essential to provide a service on our Website that you have specifically requested.

We are not responsible for the content or validity of the third-party Policies mentioned above.

The following cookie types may be installed in your browser by us:

What rights does the user have when it comes to blocking or refusing cookies?

You can revoke your permission to the placement of cookies by this Website at any time by changing the settings on your device’s browser.

For the most common internet browsers, here are links to instructions on how to handle or erase cookies:

You may also set your computer browser to automatically allow or reject all types of cookies. You can also set your browser to inform you whenever a cookie is received, allowing you to choose whether or not to accept it.