Skip to content
HOME / NEWS / How does the Department of State affect me?

How does the Department of State affect me? 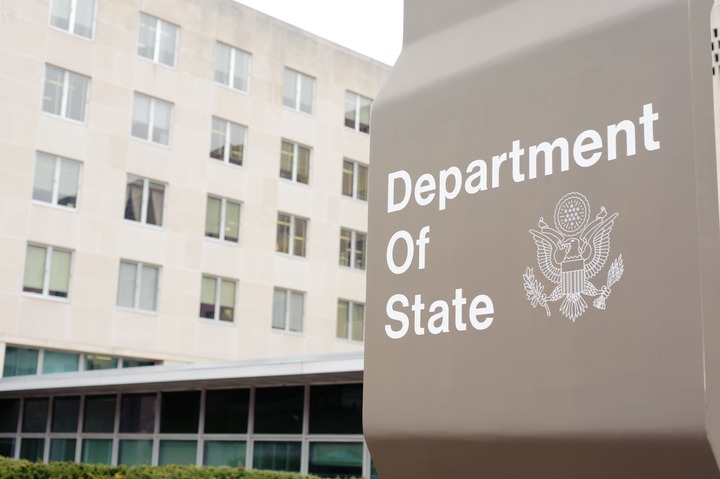 What the Department of State Does

The State Department manages relations with 180 of the 191 nations with which the United States has diplomatic relations. It has 270 diplomatic missions, consulates and embassies around the globe. It has over 13,000 employees. Over 9,000 Foreign Service employees work abroad as U.S. ambassadors and emissaries. There are 45,000 workers in the embassies. They represent America’s interests in these countries and help U.S. tourists there.

It negotiates trade agreements and treaties. This includes the Transatlantic Trade and Investment Partnership. It would have been the most significant trade agreement in the world. It is between the United States of America and the European Union. The State Department successfully negotiated the Trans-Pacific Partnership. The Trans-Pacific Partnership was still awaiting ratification when President Trump pulled the United States out of it. All other participants continued to move forward.

Trumps Role in the State of Deparment

Trump requested $40.3 billion for the funding of the State Department in the FY2019 budget. This amount includes $12 billion for overseas contingency operations. These funds will be used to fight terrorism. Because the department’s mandate is to “shape, sustain, and prosper a peaceful, prosperous and just world,” it can be included in defence spending. Department of State collaborates with foreign countries to reduce funding for terrorist organisations. It supports local law enforcement. It eradicates terrorist safe havens.

The State Department provides information to Congress about human rights and religious freedom in nearly 200 countries. The federal government uses these reports to help guide decisions in areas ranging from asylum to assistance. Particular countries are North Korea, Russia, Iran and China.

The State Department offers passports services for citizens who travel and live abroad. It issues visas to foreigners who visit the United States.

Along with the heads of the Treasury Department, CIA and Department of Defense, the secretary is a member of the National Security Council. Under the supervision of the president, they coordinate intelligence and defence, as well as international relations.

History of the Department of State

Three ways the States Department affects you and the U.S. economy

The State Department impacts three critical aspects of the U.S. Economy. It negotiates trade agreements. They increase export opportunities for U.S. companies by eliminating tariffs. In 2015, exports contributed $2.23 trillion. This is more than 10% of the country’s total output. It creates jobs and boosts economic growth. For example, the North Atlantic Free Trade Agreement increased the growth rate by 0.5 per cent per year. NAFTA, the most significant free trade agreement in the world, has many pros and cons that have a substantial impact on the U.S. economy. This is especially true for U.S. exports and imports.

The State Department also reduces the economic volatility that is associated with terrorism. It encourages financial stability in other countries around the globe. This makes it easier to do business abroad by U.S. businesses.

The State Department is the third to issue passports. It offers assistance to travellers, such as travel tips, briefings on countries, and travel warnings. Register with the U.S. Embassy in the country where you’re visiting. The Embassy will assist you with your departure if there is an emergency. You will need to take part in the Visa Waiver Program Ireland for short-term stays if you are a non-American who wishes to visit the United States.

Legal disclaimer: This website is owned by a private company and is not affiliated with any Embassy or the United States government.

We use cookies on our website to give you the most relevant experience by remembering your preferences and repeat visits. By clicking “Accept All”, you consent to the use of ALL the cookies. However, you may visit "Cookie Settings" to provide a controlled consent.
More infoAccept All
Manage consent

We use cookies on our website to give you the most relevant experience by remembering your preferences and repeat visits. By clicking “Accept All”, you consent to the use of ALL the cookies. However, you may visit “More info” to provide a controlled consent.

We advise users to examine this policy on a frequent basis because it may be updated as a result of new regulations or business reasons.

Why do we utilize cookies, and what are they?

“Cookies” are file formats that are used for a variety of reasons, including adjusting the Website’s layout to your device, gathering statistical data, enhancing your user experience, and so on.

You consent to the establishment of cookies by entering and exploring this Website and purchasing the services offered.

Please be aware that if you modify your browser’s settings by deactivating the limits imposed on the storage of cookies, we will infer you give us your permission.

Furthermore, your consent will not be necessary if the placement of cookies is essential to provide a service on our Website that you have specifically requested.

We are not responsible for the content or validity of the third-party Policies mentioned above.

The following cookie types may be installed in your browser by us:

What rights does the user have when it comes to blocking or refusing cookies?

You can revoke your permission to the placement of cookies by this Website at any time by changing the settings on your device’s browser.

For the most common internet browsers, here are links to instructions on how to handle or erase cookies:

You may also set your computer browser to automatically allow or reject all types of cookies. You can also set your browser to inform you whenever a cookie is received, allowing you to choose whether or not to accept it.